Researchers created a computer model meant to estimate how often foodborne germs from dairy products sicken and hospitalize Americans annually. They fed the model data from the National Outbreak Reporting System, which stores all reported incidents of foodborne illness provided by federal, state, and local health departments. Ultimately, the model analyzed 87 outbreaks traced to milk and cheese that were responsible for 750 lab-confirmed illnesses and 215 hospitalizations from 2009 to 2014.

From there, they estimated that dairy-related outbreaks sicken an average of 761 people and send 22 people to the hospital every year. But a whopping 96 percent of these cases are likely to be caused by consuming unpasteurized milk or cheese. That’s a number even more astounding when you consider that only 3.2 percent of the US population regularly consumes raw milk and only 1.6 percent of people eat unpasteurized cheese.

They need to switch to entomilk. See the raw milk thread in Beaumont. 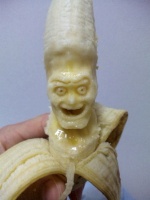 Nothing screams America more than ignoring advancements in science. If you don't like it move to Venezuela!