I watched probably 2/3 of this. It was a fun watch. I turned it off late when I knew we were gonna blow it. I tweeted about it. For a good hour or so, it seemed like we might actually be the best team in CFB. That was an amazing feeling.

I will always bow down to Coach D. He did what no one else has ever done here. I hope everyone realizes that we will quite literally never have it better than we have had it during the Izzo/Dantonio tenure. I will laugh at your objections and mights.

But the answer is talent. Maybe Duzzi was the secret weapon in identifying talent. I doubt it given his Pitt tenure. All of the bitching about Roushar, and Warner, and Bollman, etc. Maybe these guys turned into poor recruiters? I think what happened was a combination of trying to up our game with the "Dream Team" and discarding character as a top factor in commit-able offers, as well as a shift in recruiting personnel (Blackwell). I am postulating that we went more to a 'starz' system and/or buddy system in Detroit, than a true evaluation system. Hey man, we took our shot, and we failed.

The talent on the '14 team was ridiculous. I know that we were short at slot corner, and it cost us big time against OSU and even in the Cotton Bowl. But I counted like 17 or 18 guys in the 2 deeps who had stints in the NFL. None of them standouts outside of Conk and Waynes, but legit NFL roster (non Practice squad) experience. That's ridiculous. Off of the top of my head - EVERYONE on the DL - Calhoun, Heath, LT, Marcus Rush, McDowell. LB corps - Taiwain Jones, Riley Bullough. DB - Kurtis Drummond (Texans), Trae Waynes.

Offense - Cook, Langford, Lippett, Mumphrey, Burb, Jack Allen, Jack Conklin. I am also pretty sure that RJ Shelton and Josiah Price were on the PS of the Vikings before they suffered serious injuries. And Brian Allen I think was in the mix on the OL and he is now a starter for the LA Rams.

How did that staff ID that talent? Was it just blind fucking luck?

I don't know man. Our team this year maybe has 5-6 guys who could make an NFL roster. 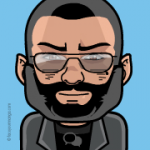 Of all of Dantonio’s teams 2013 was bad ass. Fuck those ND refs. Fuck them completely.

My buddy was irate leaving that ND game. I was hungover and thinking to myself "chill dude it's not gonna matter. Maybe that's the difference between 7-5 and 6-6". Boy was I wrong

Tim Wakefield wrote:My buddy was irate leaving that ND game. I was hungover and thinking to myself "chill dude it's not gonna matter. Maybe that's the difference between 7-5 and 6-6". Boy was I wrong

Great tailgate minus the girl puking on the shuttle

Other Teams Pursuing That
Geronte

Other Teams Pursuing That wrote:

Tim Wakefield wrote:My buddy was irate leaving that ND game. I was hungover and thinking to myself "chill dude it's not gonna matter. Maybe that's the difference between 7-5 and 6-6". Boy was I wrong

Great tailgate minus the girl puking on the shuttle

Complete shitshow. In a good way

All that plus peak Conner cook humming along. That shoulder injury screwed his career much like mateens ankle injury

The two things that always jump out at me watching those replays is our OL could move people and we had speed at the skill positions. We haven't had either of those in a while. 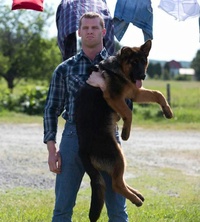 Great times watching it as a floor in Akers in the common room. Oregon’s QB won the heisman that year and tore our defense apart. Dantonio called a fake extra point I believe