So the racist, bigoted christian sexual predator is sending a bunch of knuckle-dragging racists into a few cities to create solutions for problems that don't exist.

Who wants to tell the pro-life christian that 140,000+ Americans are dead from a virus? 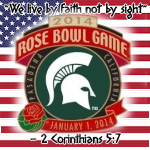 Barr says it's not unusual to send Federal Agents into cities to control things so we should all just sit back and relax. Yeah, okay. 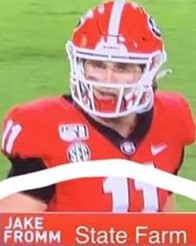 Looking forward to the NRA standing up against government tyranny.

I hope Mayor Lightfoot goes to court and gets a Federal Judge to override Trump's orders and his "security" troops are sent packing before they can pull their first neighborhood patrol.

My fear is the gangs don't listen to the local police and start using their modified AR-15's on Trump's troops. Then Trump gets justification to send regular US Army to "protect" chicago and create a crisis of fear in every backwater county voter in the country. 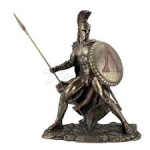 I like how the racist, bigoted christian sexual predator wants a memorable legacy so bad, he creates a solution to a non-existent problem and calls it "Legend".

His failure has led to 140,000+ dead Americans and the worst economy since The Great Depression. Truly legendary.

The mayor of Portland, Oregon, was tear-gassed by the U.S. government late Wednesday as he stood at a fence guarding a downtown federal courthouse during another night of protests. Demonstrators have clashed repeatedly with federal agents sent in by President Trump to quell ongoing unrest in the city.

It was the 55th straight night of protests in Portland against police brutality and seeking racial justice. They've led to the clashes with the federal officers and to those officers deploying tear gas every night for more than a week, reports CBS Portland affiliate KOIN-TV.

Wednesday night was no different.

Mayor Ted Wheeler, a Democrat, said it was the first time he'd been tear-gassed. He appeared slightly dazed and coughed as he put on a pair of goggles someone handed him and drank water. He didn't leave his spot at the front, however, and continued to take gas.

Around Wheeler, the protest raged, with demonstrators lighting a large fire in the space between a fence and the Mark O. Hatfield Federal Courthouse, and with the pop-pop-pop of federal agents deploying tear gas and stun grenades and pepper balls into the crowd.

It wasn't immediately clear if the federal agents knew Wheeler was in the crowd when they used the tear gas.